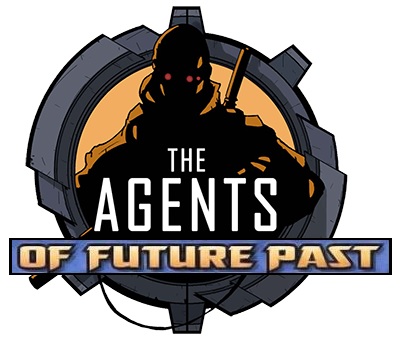 AGENTS OF FUTURE PAST
Writer: JEFFERY DEAVER
Artists: NEAL ADAMS
Concept: The good guys can't win every fight! Fact! Sometimes the bad guys win, sometimes the odds are insurmountable, sometimes we just don't see it coming… until now. With a sudden uprising in the numbers of metas, SHIELD has activated Project CABLE. It’s the brainchild project of the very top brass, and only they know why it's called Project CABLE: they will send two agents into the future to investigate attacks that SHIELD or the superheroes failed to prevent and then make it back in time to stop it from ever coming to pass. The perfect agents for the future and the past? A man still living in the past and a man from the future!
Cast:
1. The Winter Soldier (Bucky Barnes)
2. Bishop
3. Forge
4. Blindfold
Supporting: Lyja, Madison Jeffries, Destiny, Madam Web
Antagonists: Stryfe, Zodiac (group)

AGENTS OF FUTURE PAST #0
Written by JEFFREY DEAVER
Plot by MCGAFFER
Art by NEAL ADAMS
"FORTHCOMING"
S.H.I.E.L.D. Base Perception Tower - Project C.A.B.L.E. Update #3492 - Forge has completed the dome but Madam Webb and her allies still refuse to participate. However, we have located a willing telepath/precog whose real identity will only be accessible to Level 40 agents and above. For now, she goes by the codename Blindfold. Initial test runs of the dome with Blindfold have identified several possible agents whose profiles and potential have been filed for possible future incursions. Two targets are to be approached by the support team with the possibility of taking the project to a live status. The selections, however, are not without controversy. We request the recruitment of Special Division officer Bishop who we believe to already have extensive knowledge of the project requirements. We also request the release of prisoner #00000. We are aware that knowledge and information of the detainee has been kept purely to the Commander in Chief and the Security Council, but Blindfold and the Dome identified him almost immediately. We must request the Winter Soldier for the project.
32 PGS./Rated T+ …$3.99

Retrieved from "https://age-of-marvels-new-dawn.fandom.com/wiki/Agents_of_Future_Past_(Vol._1)?oldid=1149"
Community content is available under CC-BY-SA unless otherwise noted.